Millions of people from all over the world are investing in gold bullion coins.  So what is gold bullion coins and why people actually put their money there?  Bullion coins are coins made out of precious metals with one purpose only, that of investment or store of value, rather than used in day to day commerce.  Many countries have their own bullion coins such as the British sovereign, produced by the British, the American Eagle series of coins available by the U.S. mint and many others. 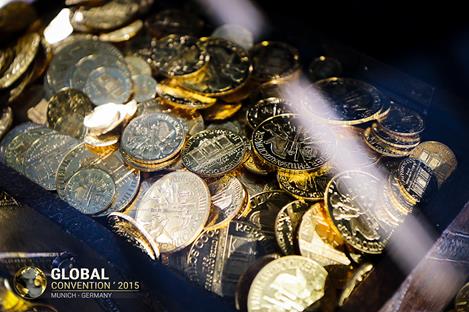 Bullion coins sell, for a premium over the market price of the metal on the commodities exchanges.  This premium is due to an underlying demand for bullion coins, their small size, and the costs of manufacture.  In addition, the amount of the bullion varies depending on the coin’s type, the weight, and the precious metal.