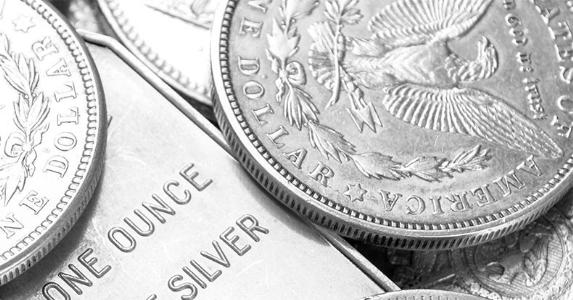 As gold consolidates around the $1500 mark, investors are turning to silver. Silver already enjoys a years high, but compared to gold, still has a long way to go. If we take into account that gold enjoys a six-year high, to silver’s one year, then yes silver has a lot going for it.

The truth of the matter is that silver has been consolidating for a number of years together with gold. Gold broke through this year and made some of the lost ground. On the other hand, silver’s breaking was not anywhere near gold’s. As a result the gold to silver ratio is 88 at this moment.

Gold, silver’s rival, consolidates at around the $1500 mark at right now, but it still has the potential to move higher. As long as the large economies around the world fall into recession, the trade war between United States and China, the possibility of a no-deal Brexit, the troublesome Italian Banks, the civil unrest in Hong Kong, the Genman Economy’s slowing down, the United States economy slowing down, Turkey is just about to turn its back to the west and join Russia. You will have to be mad not to own gold and silver.

Right now the US and the German economies are still vibrant but all economic data suggests both economies are slowing down. The recession will hit both countries in 2020. That’s my humble opinion.

If all hell breaks loose (no deal Brexit, Italian Banks collapse, US China trade war deteriorates, etc) then there is no doubt, the recession will be as bad as the 2008 recession.

However, the Fed, the European Central Bank and Japan’s central Bank are all ready for the recession. They are prepared to do anything in their power to ensure the recession will be mild. At the moment they are considering ways to inflate money supply. The lowering of interest rates by the Fed and the quantitative easing by the ECB will do exactly that.

If you are going to engage to the precious metal market, then silver is the way to go. The gold to silver ratio has dropped from 93 to 88 so the momentum is there. In my opinion silver at $17,10 per ounce is dirt cheap.

According to Peter Hug, Kitco’s global trading director, the demand for silver in Hong Kong is much stronger than the demand for gold. The Chinese are adamant, that silver is currently undervalued.