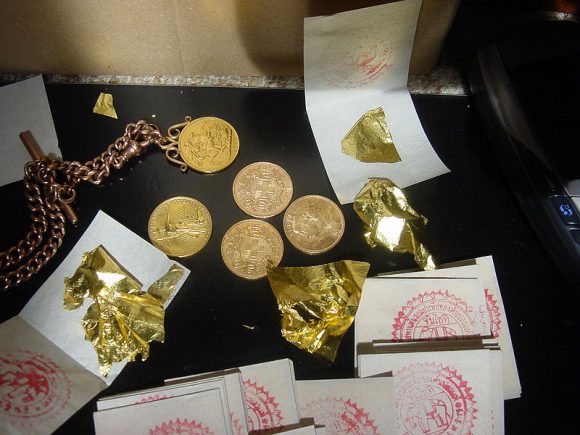 Although, there is a strong demand for gold and silver globally, in the US buying activity for physical bullion has fallen significantly, especially in the wake of Donald Trump’s election victory.  On the other side, retail selling has increased.

The two terms of President Obama included the 2008 financial crisis, zero interest rate policy from the Federal Reserve, and the Quantitative Easing from the Europeans. There was plenty of reasons to buy gold.  Today they still are, but they are less obvious to the average investor.

Many people who were disappointed by Obama’s policies are now investing in the stock market.  Artificially low-interest rates are pushing inflation higher and the US dollar looks decent, compared with other world currencies.

If the dollar continues to get stronger, along with real economic growth and the risk assets continue to outperform, then we should not expect a bullish market for precious metals.

The second path involves price inflation, with a sharp rise to the national debt.  There is also a scenario that involves geopolitical uncertainty.  In this case, investors will have to hedge themselves against the dollar’s declining purchasing power.

The Bureau of Labor Statistics just reported a massive jump in the Consumer Price Index in four years.  There is also a proposal for tax cuts, and we all know tax cuts increase spending and therefore inflation.  However, at the same time tax cuts can increase deficit and borrowing, leading to a weaker dollar.

If Donald Trump convinces congress to levy import or border taxes, with a major partner such as Mexico or China, that will also mean higher prices in the US.

At the same time, the only way to address the massive deficit is a substantial devaluation of the US dollar, which is inevitable.

In addition, the President has made it clear to fight the Deep State.  The unelected often anonymous bureaucrats, who have a behind the scenes say on how the state is run. The President has many enemies and many of them are some powerful republicans.

On the other side of the Atlantic, there will be some very important political elections, with the anti-European forces gaining ground.  If they succeed that will upset the markets.

Furthermore, China is facing great problems as officials are desperately trying to maintain a currency peg, in order to deal with the massive amount of bad loans piled up on Chinese banks.

NOW IS NOT THE TIME TO ABANDON PRECIOUS METAL INVESTMENTS