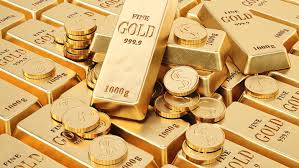 Will gold reach the 1300 mark this year or not? According to many analysts it will and here is why.

After the minutes release by the FOMC, the probability of a new interest rate hike in June, is over 80% according to investor guru Gary Wagner. We’ve seen a series of higher highs and a series of higher lows throughout this entire year G. Wagner said.

The recent decline in the market, after it hit 1297 and when it begun to come down the low that it hit was 1215, when the previous low was 1197. As a result, what we now have is a high-low and the key to whether or not we are continuing to a bull market ramp-up, is whether or not we get a higher high, which would necessitate taking out 1297.

Although gold is now at a two month low, we are now looking the tail end of the wake, rather than the initial wake itself from those liquidations.

May I also remind the geopolitical uncertainty that we are facing, with North Korea, ISIS, the Eurozone instability, and the unpredictable Donald Trump, the recipe for political turmoil is on the table. To top that, the US deficit, is going to reach record highs, after President Trump’s, increased spending and business tax cuts.