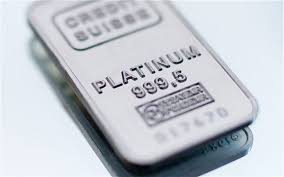 All experts agree, under the right circumstances platinum could be a good investment. Platinum has a much more shorter history in the financial sector than gold and silver, as it was unknown to ancient civilizations.  Experts agree, that platinum is 15-20 times scarcer than gold on the basis of annual production. Because of this fact, platinum  has usually tended to sell at a significant price premium to gold.

Platinum is a precious metal commodity with bullion coins, bars, or ingots, available to all investors. The price of platinum is volatile, more than that of gold therefore, investing in platinum should be approached with caution. In 2008 platinum lost 2/3 of its value, when it dropped from $2,252 to $774 per oz. In comparison, the price of gold dropped from $1,000 to $700 during the same time, a loss of only 1/3 of it value.

Right now, platinum sells at $959 and gold at $1,266. As we see, the price of platinum is much lower than the price of gold itself. Nine years ago platinum was selling at $2,252, compared to that the metal is undervalued.

If we take into account, the reduction in capital expenditure on platinum mining projects, in South Africa since 2012 and thus, reductions in platinum production are expected to follow.  To top that, a number of platinum mines have closed, while demand remains strong.

There is only one problem, and that is gold. If gold becomes bullish, then chances are platinum prices might drop, unless the demand for the metal remains strong and the supply weak as it is now.

Nevertheless, platinum is a scarce metal, a metal that costs more than gold to produce, and it is trading lower than gold for a few years now. Apart from that, it is a volatile precious metal, and investing in it, should go ahead after a careful examination of the precious metal market and the economy as well.