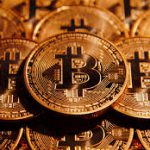 Is bitcoin a big bubble ready to burst or not? Will bitcoin crash or not? Many people will argue bitcoin has a long way to go and many others will tell you that bitcoin is overvalued. Here is what I think about bitcoin.

I am skeptical about bitcoin. Criminals, tax evaders, money launderers, and even terrorists will always find some use for it. I am also worried about the price transactions, I think fraud is there. The bitcoin market is unregulated and as a result, it is open to price manipulation. On the other side, gold, silver, stocks, bonds, etc. have all been subject to price manipulation and that’s why the SEC and the stock exchange are regulated.

Is bitcoin the only market in history that’s not manipulated? No, it is definitely not. Bitcoin’s unregulated trade is actually a magnet for all manipulators. It only takes a few people to manipulate the market. This can be done when these people buy and sell between them bitcoins several times, back and forth. This will cause the price of bitcoin to increase. This process is called “painting the tape“. It is a well-known practice and it is illegal. When it comes to bitcoin trading, this practice is not illegal!

Bitcoin and other cryptocurrencies are closely associated with ICOs. (Initial Coin Offering). Most of them are based in Switzerland in the city of Zug, also called the crypto valley. The reason they are there is that in Switzerland ICOs are not considered securities but assets. As a result, they do not have to go through additional regulatory hurdles in order to protect the investors.

The US Securities and Exchange Commission has warned investors to beware of scammers using ICOs. The European Securities and Markets Authority, also notes high risks and the risk of investors losing their money.

Hackers Could Steal Your Bitcoins

The Mt. Gox experience is a fine example of what I am talking about. Mt Gox, was the largest bitcoin exchange until 850.000 bitcoins were stolen by hackers, valued at 450 million US dollars. That led Mt Gox to collapse with investors losing their money. Bitfinex was also hacked with total damage of 72 million dollars which was also taken from the investors.

This is not going to happen. They will not let them do it because we don’t have the resources. This applies to all cryptocurrency mining. When electricity becomes an issue, miners will have to reduce the output and thus limit their profits. In that case, they will not be interested in mining bitcoins anymore. Who will then validate the blockchain? Are they going to charge fees? Banks charge fees. At the end of the day, all bitcoin advantages will be gone.

Bitcoin’s Performance in a Crisis Situation

When people lose faith in bitcoin there will be no return. There is a large sum of money in the world the US dollar, the Euro, gold, bitcoin, Yen, and many others. All these currencies have been around for decades and some of them for hundreds and thousands of years.

This is not the case with bitcoin. Bitcoin was born in 2009. We do not know how it will perform during a financial crisis. In fact, it hasn’t seen a financial crisis at all. Investors do know how all assets (gold, stocks, bonds, silver, real estate) performed in a panic situation. With bitcoin, we have no idea how it will perform when a panic situation occurs and that is a big issue.

Its price could skyrocket or diminish, leaving millions of people penniless.

Many people have made money with bitcoin, and I am talking about a lot of money. At the same time, the Mt Gox investors lost large sums of money. In my humble opinion, there are too many risks involved in bitcoin or any other crypto-currency. The Fraud issue is by far the most important issue for me. It is something that cannot be overlooked.

No, I do not like Bitcoin or any other cryptocurrency the risks are too many and I would not exchange my hard-earned dollars for Bitcoins.