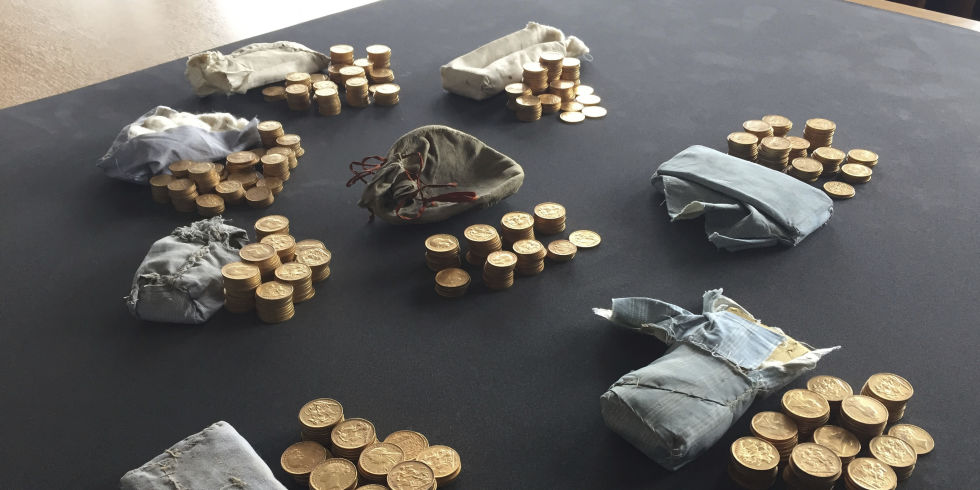 British officials say they’ve been unable to trace the rightful heirs to a trove of gold coins found stashed inside a piano and worth a “life-changing” amount of money.

The school that owns the piano and the tuner who found the gold are now in line for a windfall after a coroner investigating the find declared it treasure. But a couple who owned the piano for three decades before donating it to their local school will likely miss out.

Coroner John Ellery said Thursday that, despite a thorough investigation and a public appeal for information, “we simply do not know” who concealed the coins.

The hoard was discovered last year when the piano was sent for tuning in Shropshire, central England. Under the keyboard — neatly stacked in hand-stitched packages and pouches — were 913 gold sovereigns and half-sovereigns minted in the 19th and early 20th centuries.

Piano tuner Martin Backhouse said when he found the pouches and slit open the stitching, he thought: “Ooh, it looks like there’s rather a lot of gold in this.”

The hoard, which weighs 6 kilograms (13 pounds), has not been formally valued. But Peter Reavill of the British Museum has said the trove is worth a “potentially life-changing” amount.

Revenue from items declared “treasure” is generally split between the owner — in this case, the Bishops Castle Community College — and the finder.

The piano was owned for 33 years by Graham and Meg Hemmings, who donated it last year to the school near their home. But Meg Hemmings said she’s not bitter at missing out on treasure that was right under her nose.

“The sadness is, it’s not a complete story,” she said. “They’ve looked and searched for the people and they unfortunately haven’t come forward.

“It’s an incomplete story — but it’s still an exciting story.”